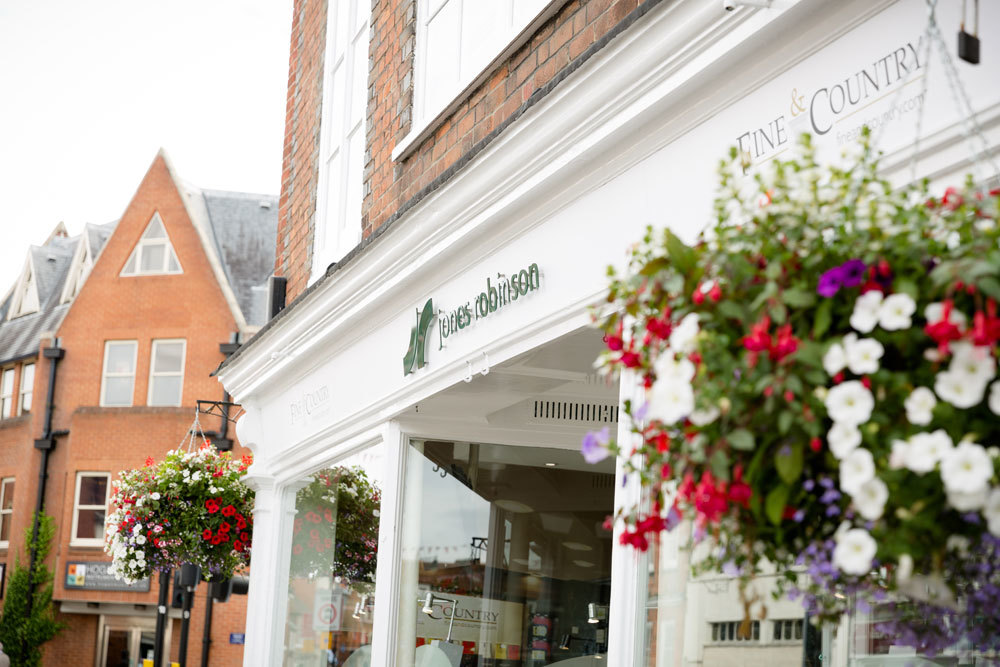 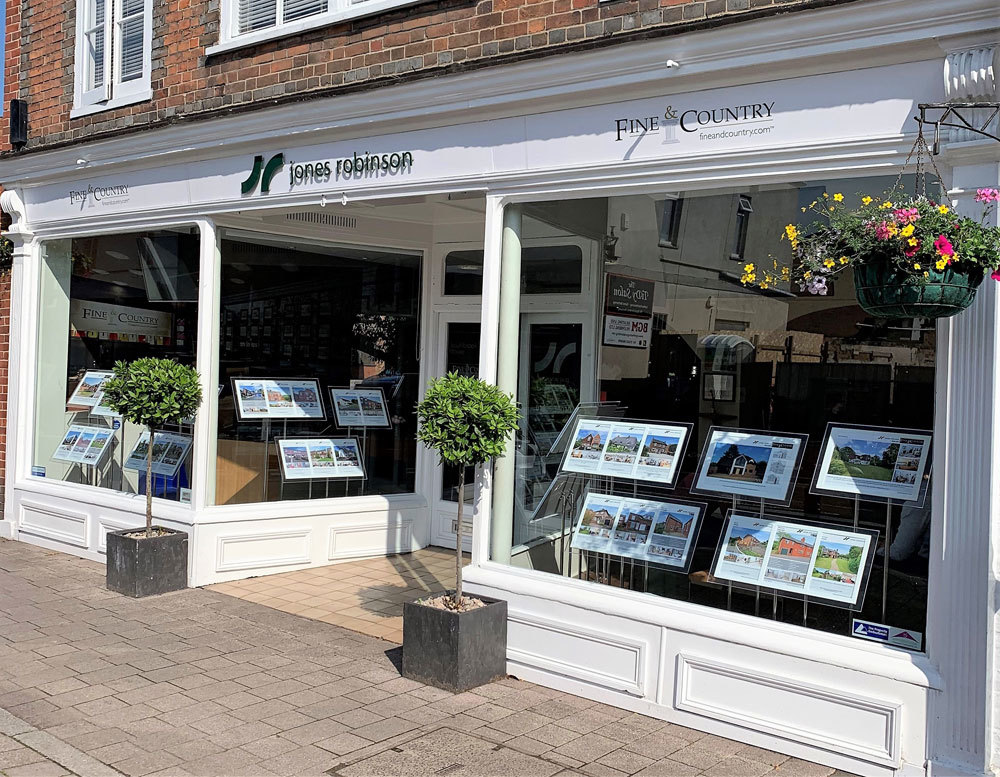 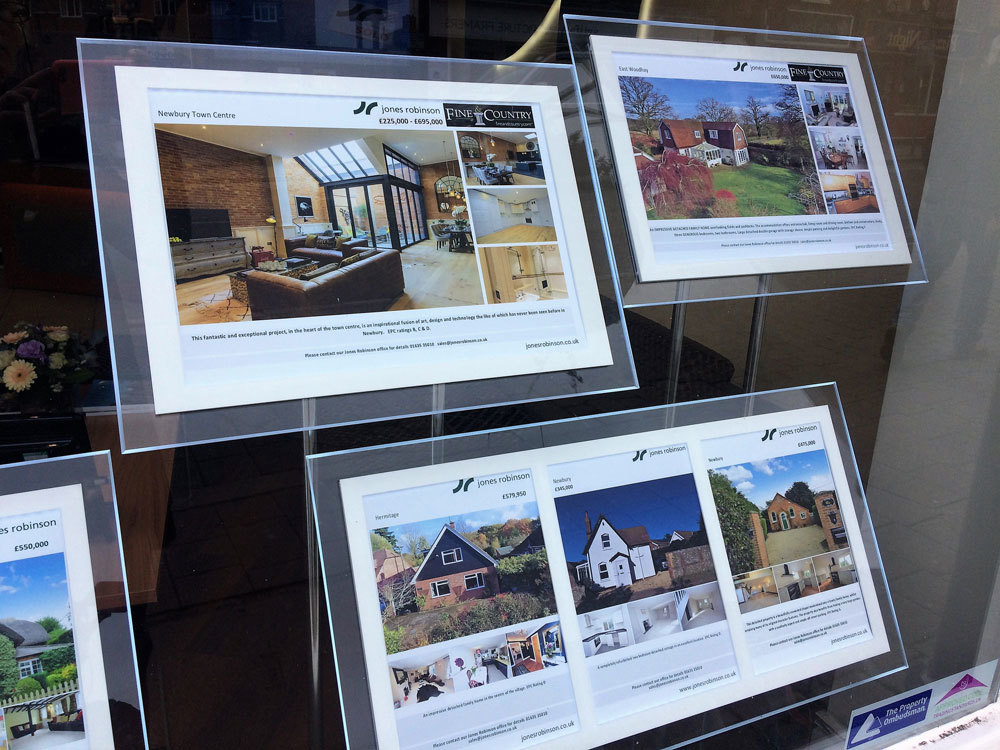 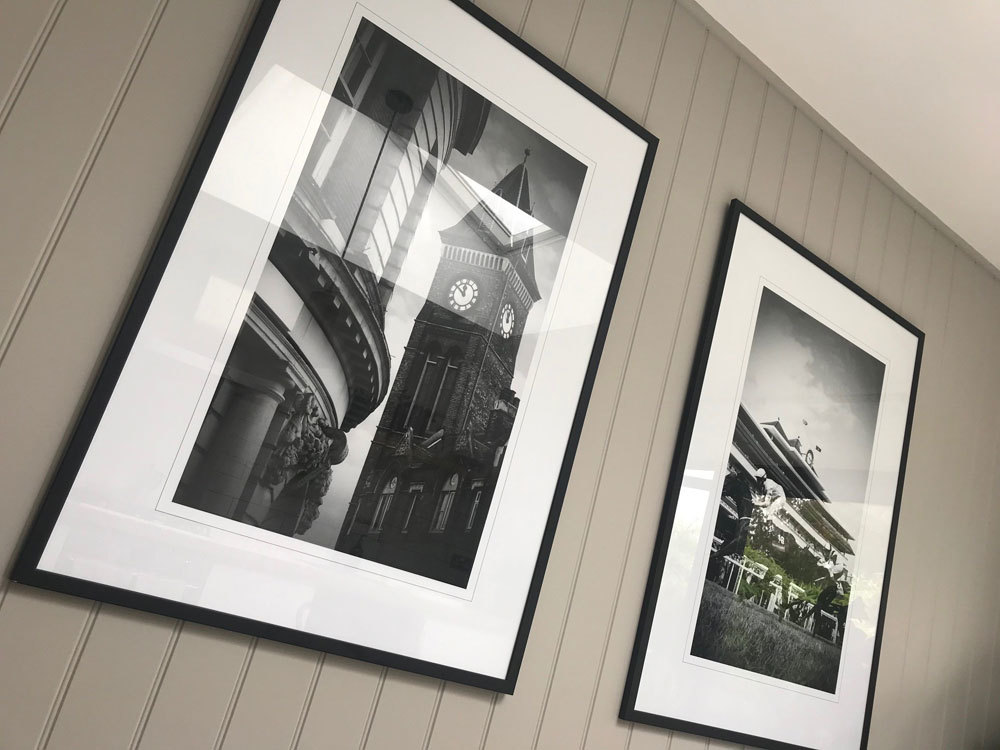 David Jones and Charles Robinson joined forces in 1998 and opened in Batholomew Street with just 7 staff and a handful of properties. Paul Hodgson also joined in 1998 and was made director in 2004.

During the past 21 years the company has grown in stature to over 60 members of staff and five offices across West Berkshire, Wiltshire and Oxfordshire.

Newbury's Sales Manager is Beth Sharpe and the team of valuers include Paul Hodgson, Paul Evans, Caroline Maddock, Neil Ballard, Kate Ormond and James Oldring, as well as Jo Schedler at Lambourn and Michael Simpson at Marlborough, assisted by an ever-growing team of sales and administration staff.

This GOOD SIZE HOUSE is well situated at the rear of a cul-de-sac in a RURAL setting and being sold with NO ONWARD CHAIN.

A well presented semi detached property situated in arguably one of the most sought-after villages surrounding Newbury and Thatcham, benefitting from ENCLOSED REAR GARDEN, GARAGE AND DRIVEWAY PARKING.

A BEAUTIFULLY PRESENTED period property located close to Newbury town centre. Benefits include an ALLOCATED PARKING BAY and the road has planning to become a CUL-DE-SAC.

A charming cottage, being offered with NO ONWARD CHAIN, situated in the heart of NEWBURY TOWN CENTRE and just a short distance from the railway station. Best and final offer...

See all Newbury sales
<< Back to our offices

A one bedroom ground floor apartment having been recently redecorated and set in the quiet and peaceful location of Frilsham. The property benefits from kitchen with appliances, good size bedroom...

See all Newbury lettings
<< Back to our offices

Located just 3 miles from the M4 and with excellent transport links, Newbury is popular amongst commuters travelling to London, Bristol and Oxford. The train from Newbury railway station gets you to London Paddington in well under an hour.

Combine Newbury's commuter power with its historic market square and entertainment options, with its well performing schools, and it's easy to see why Newbury is a much sought after place to live. Arts venues, music, comedy clubs and a host of independent retailers are popular attractions and its location at the edge of the Berkshire Downs also makes it popular amongst outdoors types. Newbury is also home to Highclere Castle, the home of Downton Abbey, and a world class racecourse.

Newbury's history combined with its commuter power mean there's a plethora of houses to suit anyone aspiring to live in this attractive location, from characterful family homes to stylish flats near the train station.

Charles Robinson MARLA was brought up in the area and now lives in South Newbury. He has been helping people sell their homes since 1987.

Charles Robinson MARLA was brought up in the area and now lives in South Newbury. He has been helping people sell their homes since 1987.

Paul started in marketing and brought these valuable skills to property sales when he became an estate agent in 1991. Paul joined Jones Robinson in 1998 and was made a Director in 2004.

Joel started his career in 1999 and has extensive experience within residential lettings, property investment and block management. He joined Jones Robinson in 2018 and oversees the Lettings functi...

Jo joined Jones Robinson in January 2018, after relocating from the Bristol area. She looks after the operational and marketing functions of the group’s offices. Jo lives in Thatcham.

Sian joined Jones Robinson in 2014 and was promoted to Lettings Manager of our Devizes office in 2016. She currently heads up the Lettings Departments at Newbury and Devizes, dividing her time betw...

Beth joined in 2014 as a viewings consultant and then joined the virtual graduate scheme in 2016. This involved working in property management, then our lettings department, before moving to the sa...

Amber joined our front desk team in July 2018 and is really enjoying her training as a sales consultant for our very busy sales team in Newbury. She has lived in Berkshire all her life and in her s...

Caroline joined Jones Robinson following various customer-focused roles, on top of her previous background in estate agency. Caroline has a great interest in properties and always likes to add a pe...

Caroline has over 12 years’ experience in estate agency, with an extremely successful track record in selling property and delivering exceptional customer service. Caroline lives in Thatcham with h...

In her 30 years’ working in the property market, Deborah has seen thousands of sales through from offer stage to completion, and is one of our longest serving members of staff.

Edward joined our front desk team in Newbury in 2020 after six years' in the hospitality trade in Yorkshire, so he's used to dealing with a busy customer-focused environment! He has relocated to th...

Edward joined the Newbury team of valuers in February 2020 with over 12 years' agency experience, gained largely with a very successful agency in London. Edward lives in Marlborough with his wife a...

Freyea joined our Lettings Team early in 2019 from a busy customer services role where she worked after graduating from university. She lives with her partner in Newbury and in her spare time is an...

We are very pleased to welcome back James to our Newbury office this year, who joins our team of valuers after a temporary relocation out of the area. James has 7 years’ agency experience and is de...

Karen is based at our Newbury office and expertly shows purchasers around our homes for sale.

Kate joined us in 2019 after 5 years with an agency in Wiltshire where she managed a team of 11 staff. She is a keen equestrian and loves riding in her spare time.

Lisa has lived in West Berkshire all her life and went to school in Hungerford. She started her career with Jones Robinson in 2013 and is our front desk manager at Newbury.

Lucy Cook joined us in 2018 from a sales position in Newbury, after gaining a degree at the University of West London. Lucy has lived in Hungerford all her life. She really enjoys the buzz of the o...

Matt joined us in 2018 as Viewings Consultant assisting our busy Lettings Department in Newbury.

Mollie has recently joined our busy front desk from a customer service role at John Lewis. She is relishing her new challenge and is already proving a valuable asset to our sales team. Mollie lives...

Neil joined our ever growing valuers’ team in 2018 with 13 years’ agency experience. Outside work he enjoys football, cricket, golf and spending time with his wife and daughter.

Nicky works on our sales progression team and has helped hundreds of our vendors and buyers successfully complete on their sales. Nicky lives in Thatcham and in her spare time loves walking her two...

Paul has been working in the property industry since 1989 and cares about delivering an exacting, high level of customer service.

Paula has over 14 years’ experience of the local property market and unrivalled knowledge of Newbury and the surrounding area.

Rachel is a long-standing (18 years and counting!) and reliable member of the Jones Robinson team and is a valuable asset to any seller or buyer. Rachel assist the sales teams at our Newbury and La...

With a background in journalism, international marketing and publishing, Rachael joined the team as Lettings Consultant where she enjoys helping existing and prospective tenants find their next hom...

Rachel joined our Newbury office at the beginning of 2019 to assist on both our sales and lettings teams, following a career break to bring up her children, prior to which she spent 10 years in dem...

Samantha joined our Sales Administration team at Newbury in February 2020 with many years' administrative and customer service experience. She is passionate about keeping fit and completed a degree...

Sara specialises in new house sales. Her many years’ experience is an enormous help to people moving to the area. She has recently completed 20 years service with Jones Robinson!

Val is our secretary and a valued member of the team for many years. She has lived in the Newbury area all her life.

Vanessa joined our Lettings team in 2018 and works closely with a number of tenants, advising and assisting their moves. She is focused on delivering an exacting service and a smooth tenancy commen...

Wendy helps sellers show their homes in the best light possible and is always on hand to answer any questions from potential buyers.

Zoe has recently joined our busy sales administration team in Newbury, having worked previously in the administration and marketing departments of Gardner Leader and Ernst & Young. She lives locall...


We are following closely and implementing guidelines from the Government and health organisations in respect of Covid-19. The health, safety and well-being of our staff and clients is of paramount importance to us. Please refer to our blog page under our 'About' tab for our latest updates.


Please click on the link here to read our latest update